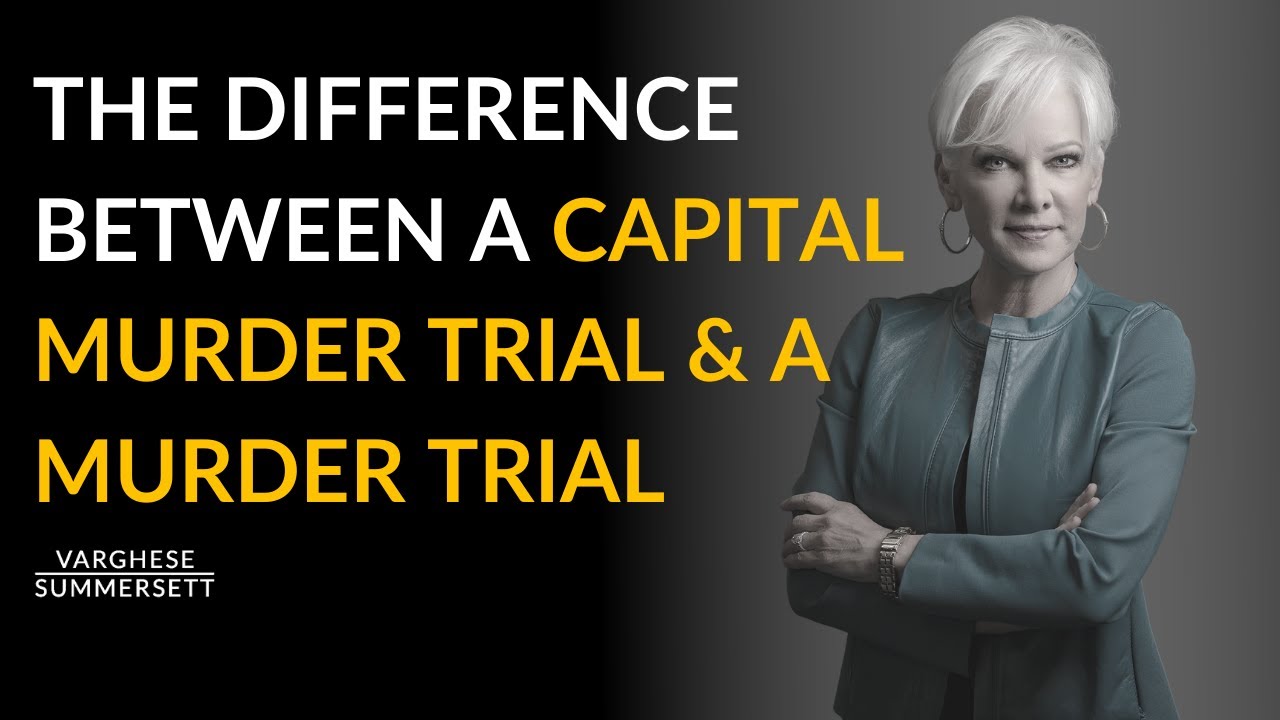 In this video, Fort Worth criminal defense attorney Christy Jack explains the difference between a capital murder trial and murder trial. Christy is known throughout the country for experience trying murder and capital murder cases.

There are a number of differences between an ordinary felony trial and a capital murder trial. In a felony trial, like a capital murder trial, the similarity is that a jury is asked to determine whether or not an individual is guilty of the crime that they’re charged with. The differences begin in the punishment phase as well. In the punishment phase of a regular felony case, a jury is given a range of punishment. It can include anywhere from probation all the way up to as much as life in prison. What’s different about that in a capital murder case is that the jury is given questions and the way in which those questions are answered determines whether or not an individual receives a life sentence or a death sentence. Very simply put, the two most basic questions are, number one, whether an individual would constitute a future danger, and number two, is there any reason worthy of sparing their life.

In a nutshell, those are the main differences. The approach as a defense attorney to those cases are vastly different. We would attack not only the criminal investigation but should a jury find a client guilty of capital murder, we would want to be prepared to prove every single mitigating circumstance, their childhood, the kind of circumstances that they were raised around to convince and prove to a jury that the only verdict is a life sentence.

We hope you found this information about how a capital murder case differs from trying any other case useful. For more information, please visit our page on What’s the Difference Between Murder and Capital Murder. Want more information about the attorneys at Varghese Summersett? Please visit our page Why Us and Our Team.

Have you been charged with murder? Contact us today at (817) 203-2220 or reach out online for a complimentary strategy session. During this call we will:

A Client Review after an Acquittal on Murder at a Jury Trial:

I was arrested for murder on March, 27, 2014 I received a court appointed attorney whose name I won’t discuss. She was no good for me never made communication or put forth the effort to help me. Then a blessing came I received Joetta Keene and Christie Jack. Two of the best lawyers I’ve ever witnessed. They are amazing watching them work left me in awe. I would not want to be on the wrong end of an argument with these ladies. Christie is so soft spoken, but the woman sure can make people tremble in their seat. I was nervous for the opposition. She grilled them good. As far as communication goes this woman did more for me in 2 months than my previous Lawyer did in 2 years this speaks volumes to her work ethic. She prepared for a murder trial at such a short notice. When we got the not guilty verdict. It was the right verdict but it was a well deserved win for this nice lady. Very compassionate, I will forever recommend Mrs. Jack to anyone with legal troubles. One of the best in Texas. No Mrs. Jack was the blessing I needed and as a court appointed attorney she did high class work. Im forever grateful.